Someone asked in the comments if the Shaggy Ponies are still in the field opposite us. The answer is yes, but sadly the black one who featured in this journal a couple of years ago, especially after she had her baby, has moved homes. A charming white vanner has replaced her, as seen below, and is currently almost as much mud as pony given the soggy conditions. 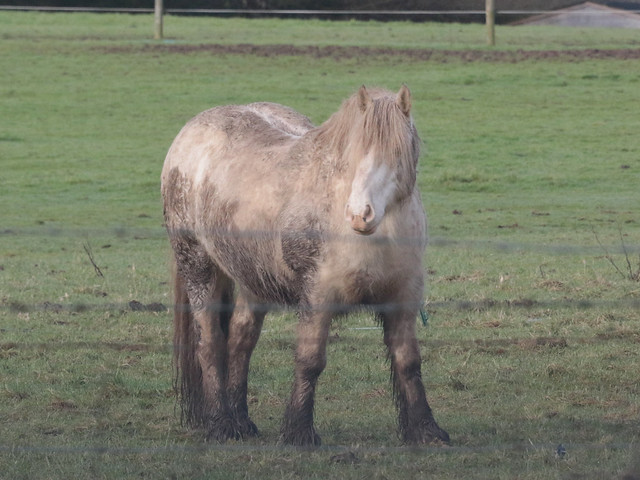 What is your take on organ donation?
It saves lives. If my organs are still in a functional state after I die and they might be useful to someone who’s still alive, take as many of them as you can and give them to those people. I won’t be needing them. As for other people, I’d like to think that those healthy folk who don’t have religious beliefs forbidding it would do the same, but it’s their choice.

This entry was originally posted at https://nanila.dreamwidth.org/1324020.html. The titration count is at