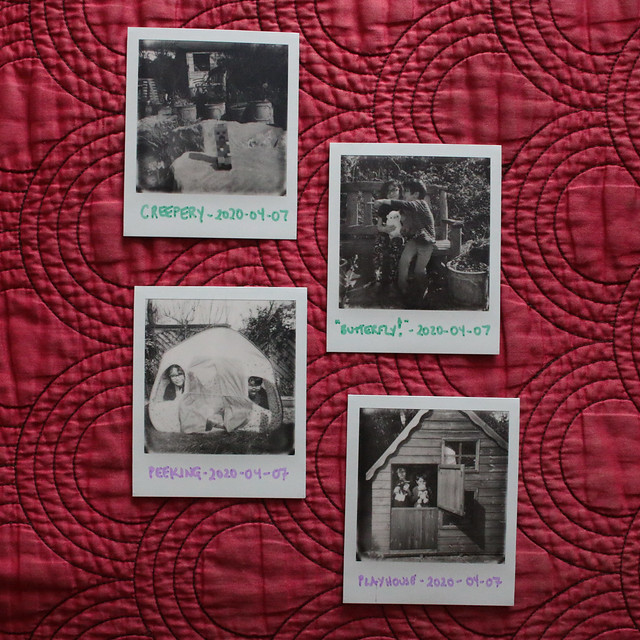 At the weekend, Keiki expressed an interest in using a film camera. I think this might be because of one of the Miyazaki films we’ve watched recently. I showed him an array of the film cameras I have tucked away, and he picked out the Polaroid Impulse. As I haven’t used it in six or seven years, it didn’t have any film in it,. The packs only last about twelve months, so I would have had to get some new ones anyway. I didn’t want to order off Amazon as sellers there don’t seem to have any scruples about flogging expired film. I wasn’t entirely prepared for the sticker shock. I got some from Jessops, who didn’t have any colour film in stock, but did have black-and-white at £18 for a pack of eight. It focuses the mind wonderfully when you know that every time you press the shutter release, it costs £2.25.
Once I got over that, the film arrived in two days and I checked the manufacture date: October 2019. Phew. I loaded up the Impulse and instructed the children to work out two photos that they wanted to take outside in the garden.

We’re saving the other four shots for a walk up the canal. I’ve also promised to rustle up some colour film, but possibly they’ll have to earn it through chores, as this could become a very expensive hobby otherwise.

This entry was originally posted at https://nanila.dreamwidth.org/1290903.html. The titration count is at