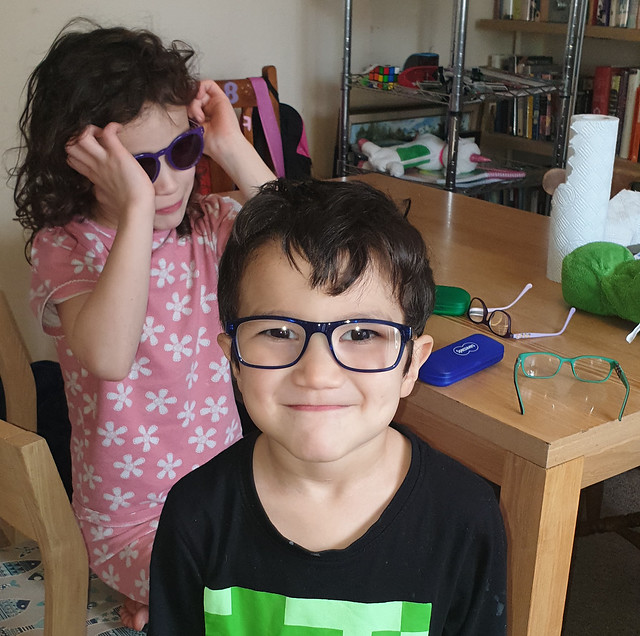 All other news today has been superseded by this item: Keiki's glasses arrived!

A couple of months ago, Keiki's eyes were tested at school, as is routine for Reception (kindergarten) age children. To our surprise, he failed the test in both eyes. We were surprised because, due to Humuhumu's quite severe long-sightedness and amblyopia, he had been checked (qualitatively) aged two and deemed to be fine.

However, once we'd finally managed to secure a full optician's appointment, we learned that he, too, is severely long-sighted. We tried to pick up his glasses last Saturday but it turned out the opticians had just swapped to delivering all new prescriptions by courier. So we had to wait.

We were worried that he wouldn't want to keep them on. It was a futile effort. He tried both pairs, decided to wear the green ones, and then kept them there for the rest of the day without any prompting. He was so excited when we went for a walk and kept commenting on everything he could (presumably suddenly) see very clearly.

Open to: Friends, detailed results viewable to: All. Participants: 22

Keiki in his glasses is