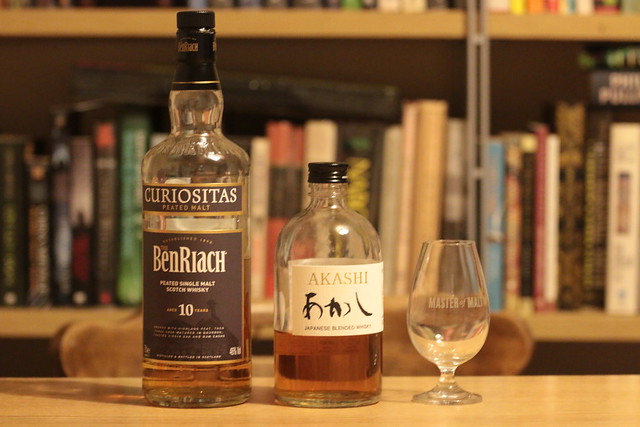 This evening I was meant to be at a whisky tasting with the bloke. We have had this planned for months, including an elaborate child care arrangement involving pick-ups and drop-offs and babysitters and dashing back to Brum to get to the tasting for 7 PM.

Unfortunately, this carefully laid plan was completely blown out of the water by the flooding currently being experienced by quite a lot of the UK.

I dashed for the 3 PM train only to find that it was terminating some distance from the station I desired. When I got to the information desk at that station, I was informed that the rail replacement bus service had just departed and would not be returning for at least 40 minutes. After five minutes of standing in the frigid station lobby, I decided to use my phone to summon a taxi. Once I knew the taxi was five minutes away - yay in-app tracking - I approached a group of women standing near me and asked if they were parked at the station. All three of them were, so we piled into the taxi and off we went.

Our driver had to navigate some of the flooding to get us to our station. I climbed into my car - it was now over an hour since I had left work - and heeded the advice of a friend who had texted me that my usual route was impassable. I opted for an alternative route. This turned out to be the same alternative route that 95% of the rest of My Town had decided to use. What is usually a ten minute drive from the train station to the school became a 45 minute one.

I was already exhausted by the time I collected the children from after-school club. What I didn't realise was that the worst was still to come: the mile-long stretch of country lane leading to our home.

As I approached the first bit of flooded road, I put the car into low gear and drove steadily but also relatively swiftly through it. It turned out to be quite shallow, and I breathed a sigh of relief.

I caught up with the car in front of me as he very slowly approached the second stretch of flooded road. I waited until he was 3/4 of the way across it and then began to follow him. I was 2/3 of the way across when I suddenly saw he'd stopped moving. He was stuck. I began to slow, and then I instinctively recognised that if I did that I would be stuck too. I didn't have any time to think through my reaction. I swung to the other side of the road, put two wheels up on the incline by the hedgerow, and went around him. I made it to the other side and briefly thought about stopping, but there was yet another person stuck further along who was already out of their car. Did I mention that freezing rain was pelting down and I had two small children in the car who were losing their minds? Yeah, I didn't stop. I gibbered incoherently, trying not to sob.

I hoped against hope that there would be no more stretches of flooded road. I rounded a bend cautiously and there was the third. With a car stuck in it. I once again swerved to the opposite side of the road, ensured two wheels were propped on the incline by the hedgerow, and drove smoothly and swiftly through the flood, whimpering as the water cascaded around the car.

I pulled into the drive two and a half hours after having left work. I got the kids into the house, phoned the bloke, and burst into tears.

And that, my friends, is why I'm having a small whisky tasting of Benriach and Akashi at home, and then I'm going to collapse into my bed.

This entry was originally posted at https://nanila.dreamwidth.org/1269913.html. The titration count is at