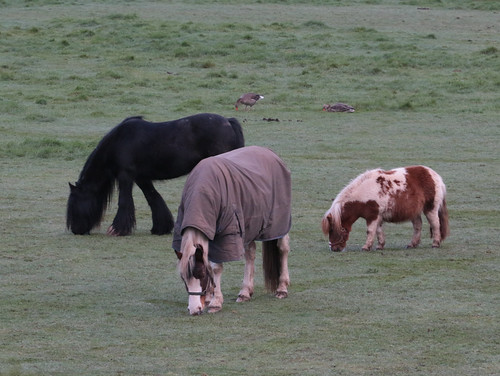 It has been too long since the last Shaggy Pony update. In fact, it has been so long that What, the daughter of Cousin It (pictured, left), has gone off to live with new owners.

The sadness thus incurred by neighbouring observers has been mitigated by the arrival of the new resident on the right, the small and perfectly formed Miniature Pony. MiniPony was kept separate from the other ponies for a few weeks after its arrival, but as of last weekend, it has been allowed out to play with the other, bigger Shaggy Ponies. HUZZAH.

This entry was originally posted at https://nanila.dreamwidth.org/1240327.html. The titration count is at