I rose early, partly because I always do and partly because I wanted to get some breakfast in me and take a walk around a bit of the city before catching the train to Uppsala to see a friend. A bitter wind was blowing but it was not as grim and wet as the forecast had been predicted, though I did yearn for the scarf and gloves I’d foolishly left at home. 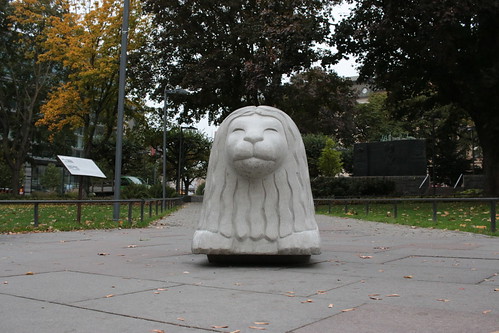 Granite lion. These are not merely decorative, although they are in this particular location; they also help to prevent vehicular attack on the streets with heaviest pedestrian traffic.

As I staggered home from the rock bar on Friday night, it turns out I also took some photos with my dSLR. A few of them even turned out OK. 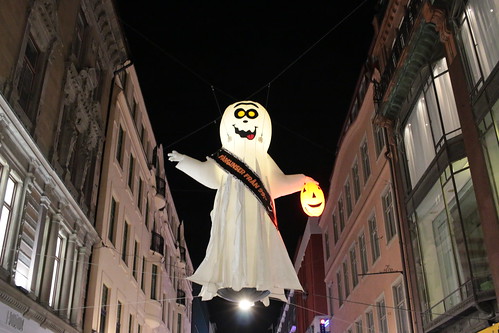 Inflatable ghost hovering over one of the main shopping avenues, because the Swedes appear to have embraced Halloween.

This entry was originally posted at https://nanila.dreamwidth.org/1201001.html. The titration count is at