Today my boss ambled in and dropped another load of Space History on my desk. This included a bunch of photographs of Cassini flight hardware (subject of a future post), but also three photos of Ulysses hardware, which is even older.

The Ulysses spacecraft, which is still in orbit although decommissioned and not operational, remains one of the few spacecraft to leave the ecliptic plane of the solar system to a significant degree. It studied the poles of the Sun. It launched in 1990, and the total mission duration was over eighteen years.

We estimate these photos are from the early 1980s. They're of the flight hardware for the magnetometer, which now drifts quietly with the rest of the silent spacecraft, between Jupiter and the Sun. 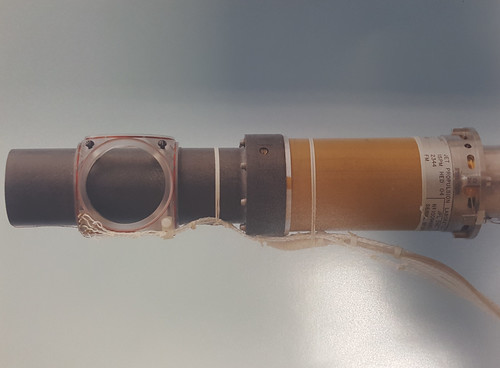 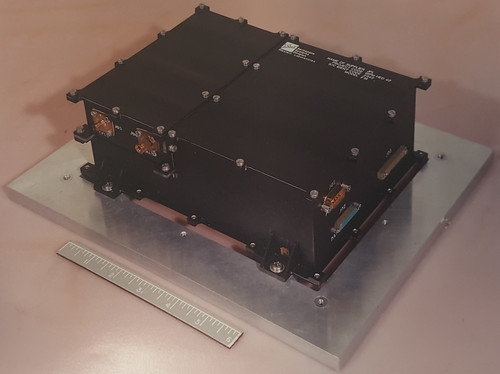 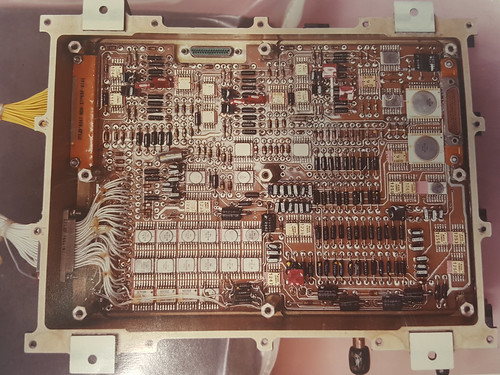 [Topside view of one of the Ulysses magnetometer flight boards. Look at all those beautifully hand-soldered through-hole components!]

This entry was originally posted at https://nanila.dreamwidth.org/1190589.html. The titration count is at