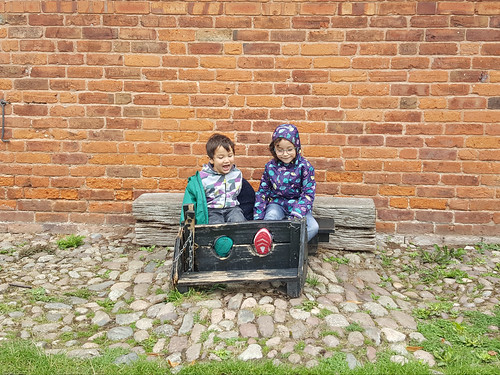 [Keiki and Humuhumu put themselves into the stocks at Moseley Old Hall.]

My main accomplishment today was turning two gigantic marrows into a large quantity of zucchini bread (and muffins), with Keiki's help, and a vat of this soup.

The soup was hands down the best I've ever made, although due to the size of the marrow I was defeating (2.5 kg) and the bareness of our cupboards after our holidays, I had to make the following modifications.

I highly recommend this as a way to use up excess courgette or marrow. Apparently you can freeze it, but at the rate we yummed it up today, I don't think it'll last that long. 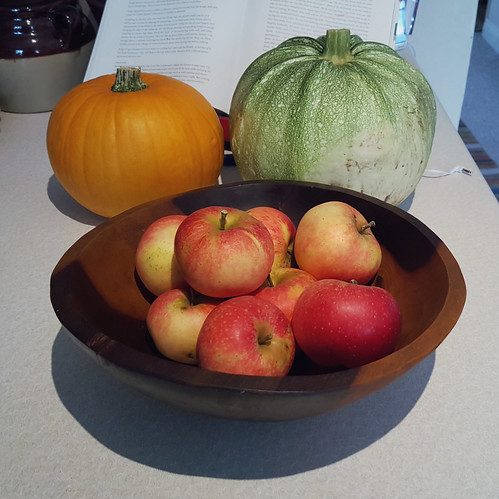 As you can see, the battle against the squash may have been won this weekend, but the war is far from over. Those apples come from a tree that was planted by the ladies who owned this house before us. They have the most incredible flavour. Slightly tart but with a strong, wild-strawberry perfume. After I press post, I shall be going downstairs and eating one.

This entry was originally posted at https://nanila.dreamwidth.org/1186541.html. The titration count is at