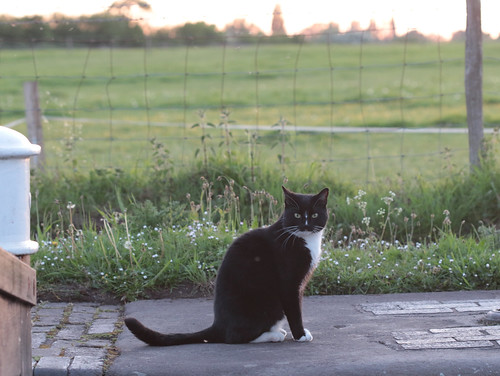 Telstar at sunset, sitting on the lock’s edge on high alert.

This entry was originally posted at https://nanila.dreamwidth.org/1173414.html. The titration count is at