The interior of the castle gatehouse was as imposing as the exterior, with very high ceilings and carefully chosen furnishings in the two rooms that took up the bulk of the building's footprint. The other rooms (tiny kitchen, tiny toilet and one very narrow bathroom with a tub) were added on by the Landmark Trust. The bathrooms could only be accessed via the intimidating Spiral Staircase of Reckoning, which gave one pause in the evenings when pouring the next glass of wine. 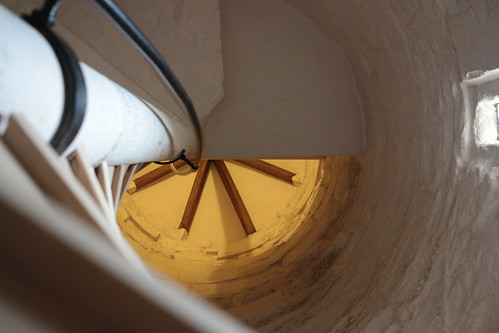 I keep talking about the staircase, so here it is. My dSLR is shoved up against the central pillar and the camera body is lying on one of the steps. The ceiling (which is the top of that round structure on the battlements you can see in the previous post) is about three metres from the camera lens.

One of the privileges of staying in the castle's gatehouse was having access to the neighbouring banqueting hall. Its exterior was restored and made weather- (and trespasser-)tight but the interior has been cleared out and left roughly as it might have looked in the days it was in use, except without furniture. 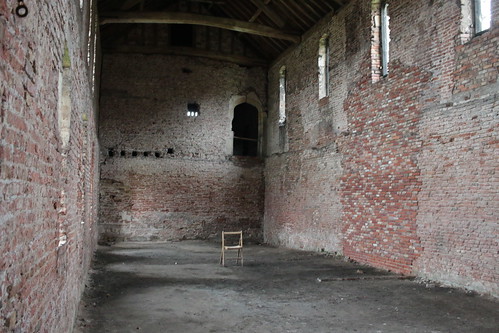 Interior of the banqueting hall, where it's surprisingly easy to imagine a long table creaking under the weight of 400 roasted swans.

This entry was originally posted at https://nanila.dreamwidth.org/1143079.html. The titration count is at