I have a post to make about the lovely birthday party I attended in London last night, but after two consecutive nights out and a lot of time spent on trains and buses, I'm too tired to curate the photos and my memories. It will have to wait until tomorrow.

Shaggy Pony was a popular subject the last time and since the Friday Five did not move me to response this week, I thought I'd introduce you all to one of the other ponies. 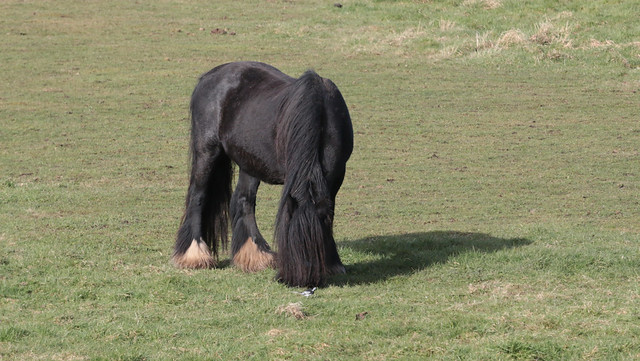 This is the pony I call Cousin It. Cousin It is particularly popular with the wagtails (small black and white bird in front of Pony). 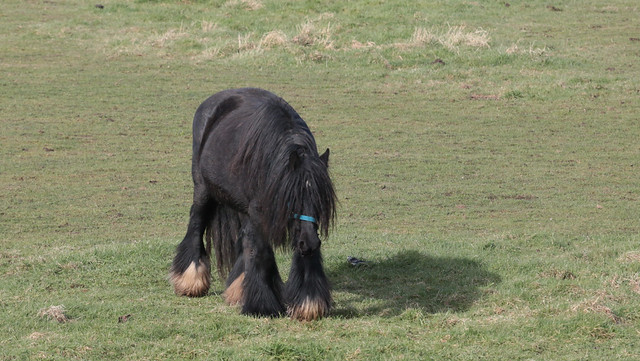 Every now and then I think I'm going to get a glimpse of Cousin It's eyes through its mane. But no. Even in a brisk winter wind, it manages to maintain its title of International Pony of Mystery.

This entry was originally posted at https://nanila.dreamwidth.org/1130751.html. The titration count is at