As you may have heard, we have had some Weather here in the UK. A storm dumped a good six inches of snow on the West Midlands on Sunday. Which, since the whole of the UK goes into a blind panic at the slightest whiff of anything other than "10 degrees C, clouds and a slight breeze", means that the place has basically shut down for the past three days. The road network is an ice rink.

We have been doing our best to make the most of it, as Humuhumu's school has been shut. For instance, we built a snowman. 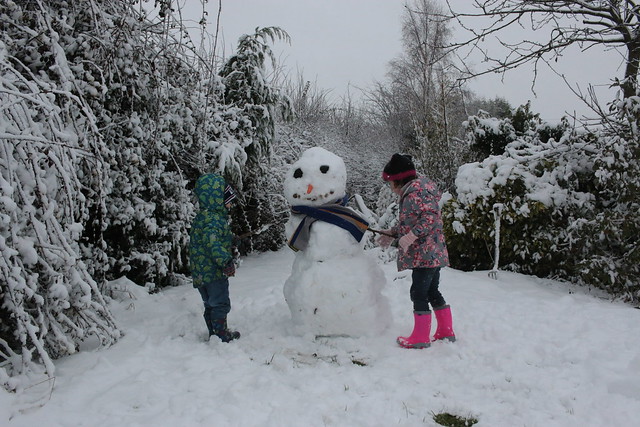 Keiki and Humuhumu put the finishing touches to their snowman. Snowman has genuine bits of coal for eyes and a carrot nose. He is also sporting a Robinson College [Cambridge] scarf. 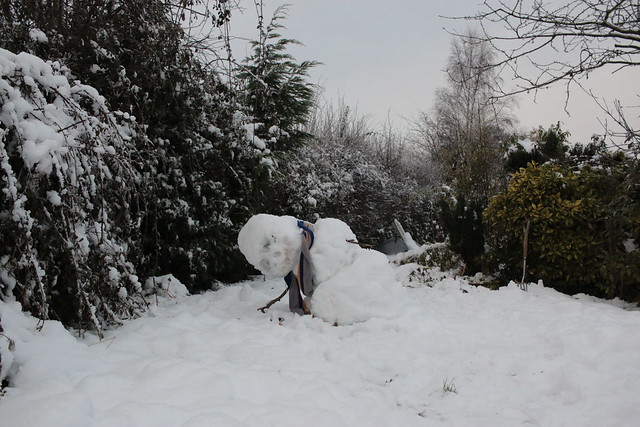 And here is snowman two days later. Alas, he is listing hard to starboard.

This entry was originally posted at https://nanila.dreamwidth.org/1116872.html. The titration count is at