We took the children to their first ever live rugby match on Saturday after attending Rugby Tots. Keiki is still enamoured of it after six weeks. Humuhumu has realised that she would quite like to do rugby as well and so she is now signed up for the class immediately after his. This brings her class total to three: swimming (Fridays), rugby (Saturday) and gymnastics (Sunday), thus cementing our status as Parental Taxi Service for the next thirteen years or so.

Anyway, the weather was unseasonably mild and sunny and we were sat in the stands next to a lovely group of Brive fans. They tempted the children to cheer for their side with flags. We accepted gracefully and offered them Haribo, which they took, so I'm counting that a win for Anglo-French relationships. Especially since Worcester won, which was definitely not a given considering (a) their early performance, including some dire kicking and (b) the fact that they're pretty much always near the bottom of the Premier league table.

The children loved it, although keeping them engaged did involve bribery with Lego and chips (not at the same time). Afterward they opened the pitch to the children to run around, and then the players came out. We got the Worcester players to sign one of the Brive flags which they did without rancour. It was a superb day out and we were all pleasantly worn out at the end of it. 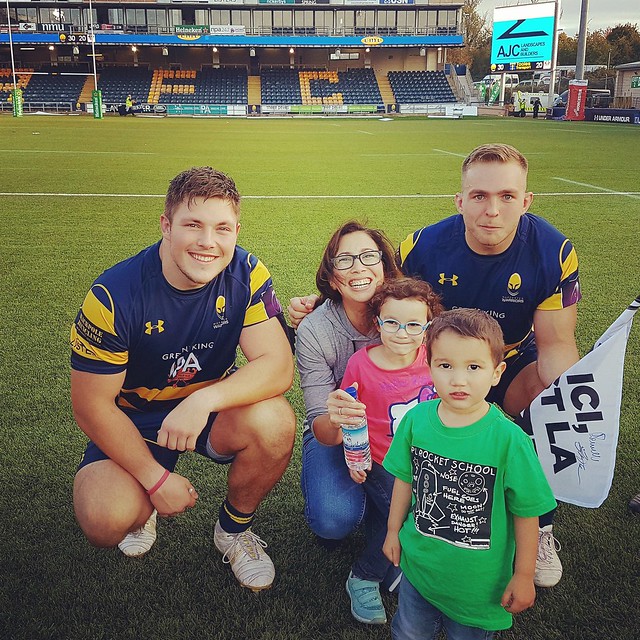 This entry was originally posted at https://nanila.dreamwidth.org/1109782.html. The titration count is at