It is now just over three weeks until Cassini plunges into Saturn’s atmosphere and the mission (but not the Project) comes to an end. I grow a little sentimental. 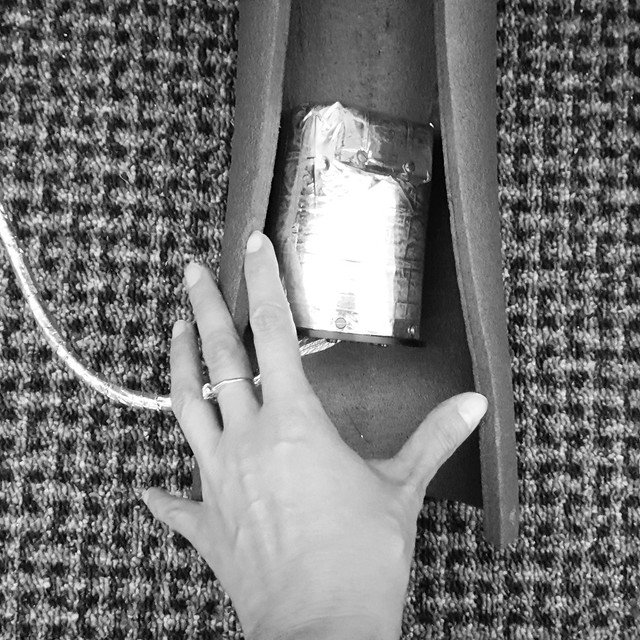 This is the flight spare of Cassini’s fluxgate magnetometer sensor, which will live on. We use it for command simulations on the ground. 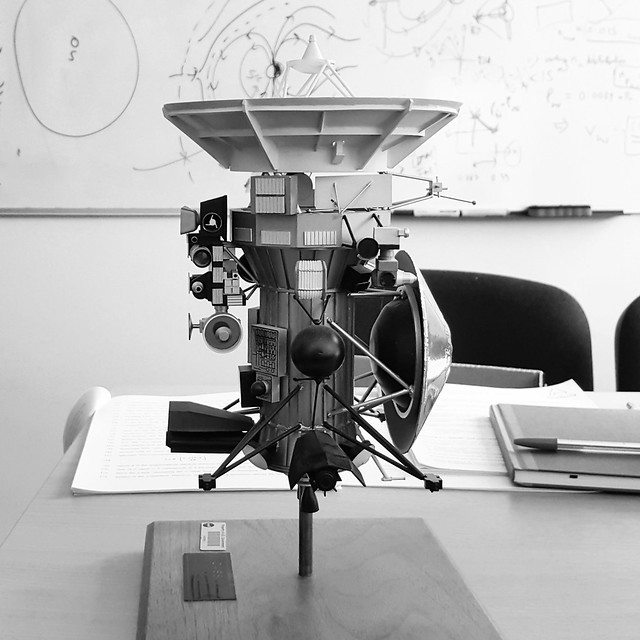 This is a 1:25 scale model of the Cassini spacecraft, with the Huygens probe attached to its side. It includes the magnetometer boom, which is hidden in this view. These were distributed to the payload teams. It's been in our group longer than I have (>11 years).

I recently ordered a big perspex display box for the model, so we can have it on show at the upcoming Imperial Fringe festival, post-mission-end. I’ll be giving a talk at the Farewell to Cassini exhibit. Details to follow (on the Londoners filter) when they’re confirmed and the web site for event registration is live. 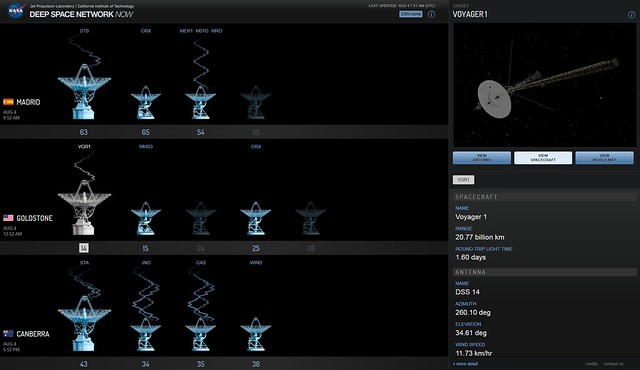 This is a screenshot of NASA Eyes on the DSN that I took on 4 August. DSS-14 at Goldstone (the antenna in white on the left) is receiving data from Voyager 1 (spacecraft shown on the right). I accompanied this with “We’re still listening” on

NASA has a poll, open until Tuesday 29 August, to choose a 60-character-or-less #MessagetoVoyager, to be sent on 5 September. If you want to vote on a message, go here.

This entry was originally posted at http://nanila.dreamwidth.org/1101164.html. The titration count is at