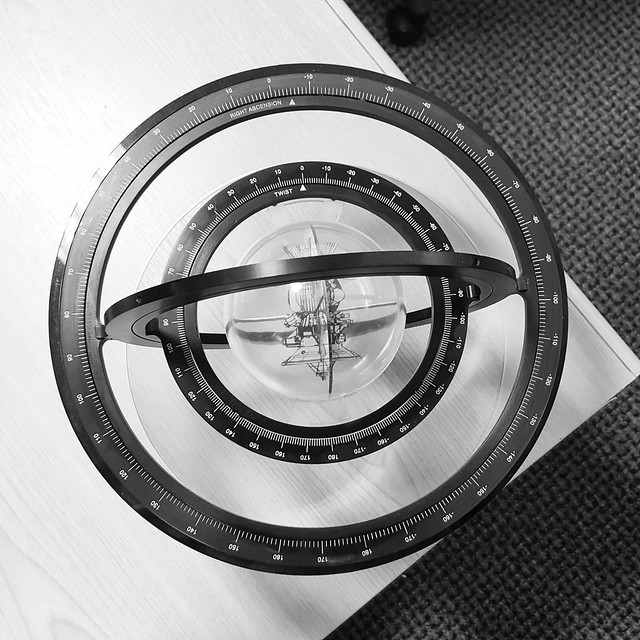 [Image of a Cassini spacecraft model inside a black gimbal structure comprised of three concentric rings, mounted on a plexiglass stand and sitting on the corner of a desk.]

Now that I'm back at work, I present another of my Rare Objects from Space History for #tbt. This is a model of the Cassini spacecraft, mounted in the centre of what I can only think to describe as a gimbal. The high gain antenna is pointed toward the bottom of the photo. The model was distributed to instrument teams to aid them with pointing design. It can be rotated around three axes within the gimbal. Each circle of rotation is marked in degrees, so that from a set of numbers indicating its orientation (eg "RA & dec"), an instrument engineer can work out which way the spacecraft is pointing.

I have no idea when it was originally given to our team but it predates me joining the Cassini project (ca 2006).

This entry was originally posted at http://nanila.dreamwidth.org/1095265.html. The titration count is at