I’ll never understand the pride people take in saying, “I was born and bred here” or the use of the same phrase to defend one’s perceived superiority or deservingness of housing, health care or other basic human rights.

I mean, what did you, yourself, actually do to influence where you were born or bred? Unless you were a particularly ambitious embryo, the answer is “nothing”. Sure, your parents might have made some kind of effort to select your place of birth. Maybe they strove to move to better housing in a neighbourhood with better services and schools. Maybe they’re even immigrants, like my dad, and they struggled long and hard to learn their fourth language in order to integrate into their adopted country. But you? You didn’t do anything. Why are you so proud of that? Think of the things you've accomplished in your life. Isn't it far more fitting and fulfilling to be proud of those?

And why the obsession with asserting the superiority of a single identity over the others? “I’m English first and then British.” Pro-tip: Most of the rest of the world considers both of those to be synonymous with “ex-colonialist imperialist arsehole” so it doesn’t really matter which one you choose. ^.^

Here is a list of the geographically-linked identities that I consider myself able to lay claim to. I’m proud of some and not others.

Today, I think I’m proudest of being European. I earned that identity and that passport, and I’m still very pissed off that some people want to take it away.

So, to close this post, here is a peaceful photo of a woman doing some engineering. 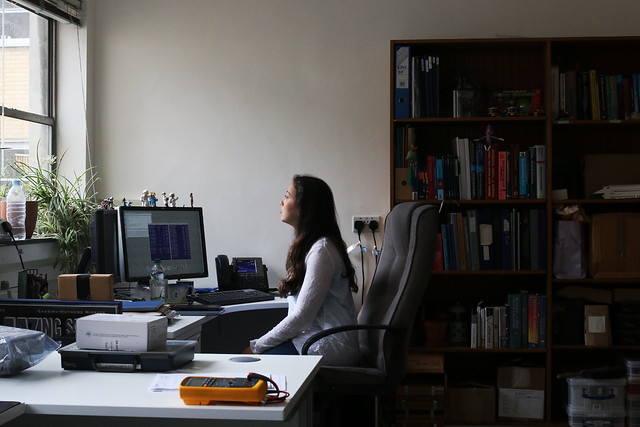 This entry was originally posted at http://nanila.dreamwidth.org/1092672.html. The titration count is at