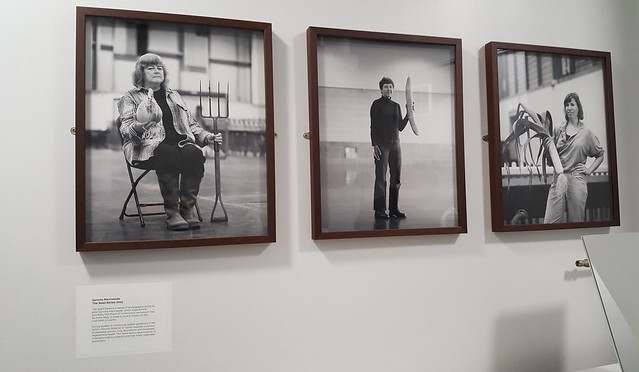 This wasn’t the post I was intending to make today, but having discovered the above on my phone whilst searching for something else from about a month ago, I felt I must share this with my Circle immediately. It is a series of three delightful photographs on display in the toilets (no really) of BOM, the Birmingham Open Media gallery. BOM is a little odd corner space a few tens of metres from one of the exits of New Street Station, over the road from an Adult Entertainment Shop (™?). It features tiny exhibitions celebrating “the intersection of art, technology and science”.

The caption for the photographs reads as follows.

The Seed Series is a series of photographic prints by artist Gemma Marmalade, which explores the possibility that those of homosexual persuasion may be more likely to have a visceral impact on the cultivation of plants.

Pardon the awkward angle of the photograph - it was not easy to take whilst holding a toddler who was frustrated at the thought that I was about to steal his dirty nappy and replace it with a clean one.

This entry was originally posted at http://nanila.dreamwidth.org/1081338.html. The titration count is at