After meeting up with

emelbe in Monterey, she kindly helped to enable me to achieve “relax and switch off” mode by introducing me to two new games: Viridi and Abyssrium. Viridi is aesthetically pleasing and very soothing. It’s even more low-key than Neko Atsume, which I didn’t know was possible. You plant a pot full of succulent cacti, water them, and wait. The plants grow at real-time speed, so you only need to check on them once a day. When you start up the game, a short movie showing the growth progress of your plants is shown. A snail slowly and continuously orbits the perimeter of the pot. My pot is called “Subsumed”.

Abyssrium requires more interaction. You grow a coral reef and populate it with fish. It’s a “clicker” game, but a very beautiful one. I’ve now reached the stage where I have nearly all the animals apart from the dugong, which is effectively “beating” the game. I found this walkthrough by Sir TapTap very useful for strategising and acquiring hidden fish. Now that I don’t have to graft to earn new fish, I have a plan to create a garden full of nothing but jellyfish, sun fish, seahorses and turtles, which are the slowest-moving creatures available, and watching it whenever I feel tense.

My reef a couple of weeks ago, just a few bits of coral and fish: 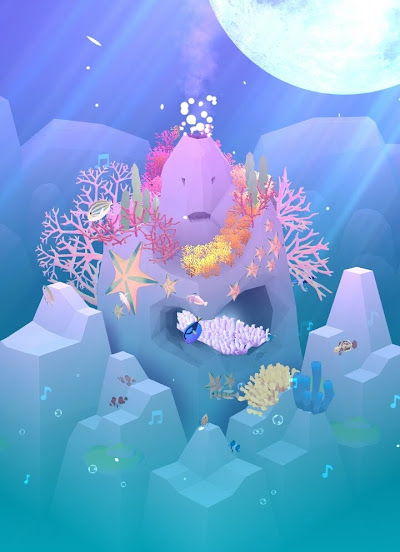 My reef now, teeming with life: 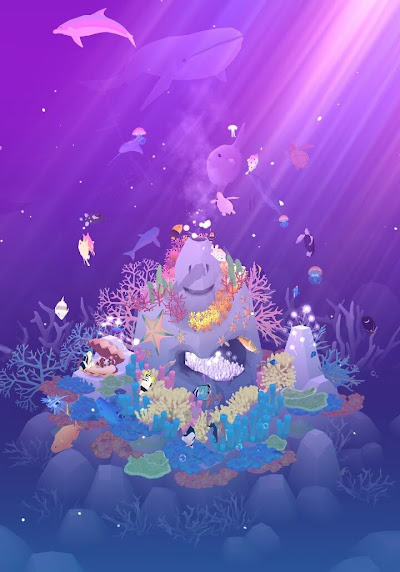 This entry was originally posted at http://nanila.dreamwidth.org/1044682.html. The titration count is at