Friends who play the cat game may have noticed that the last update included some new toys, like the luxurious Sunken Fireplace pictured below. I was delighted to discover that this item attracted Chairman Meow, previously tempted only by the Earthenware Pot. 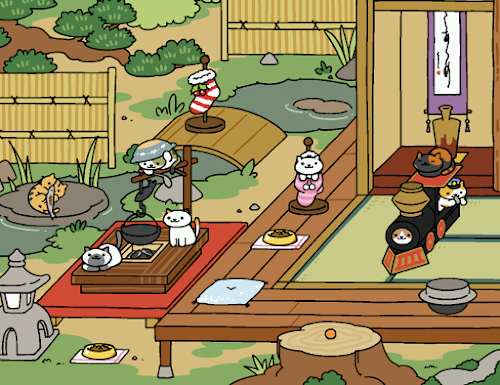 Chairman Meow is perched atop the fireplace. This was also the first time I'd managed to catch Conductor Whiskers in the act of riding the cardboard train. 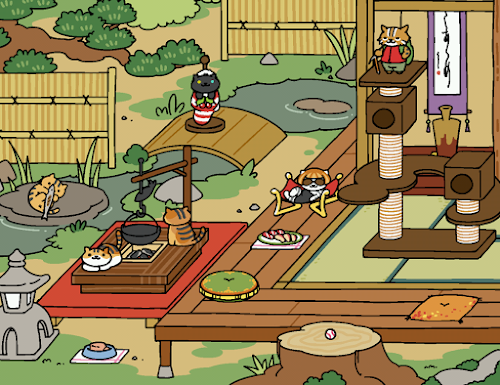 Another photo with two rare cats. I like this one because of the contrast: the elegant Lady Meow Meow lounging in the hammock in shades below Bob the Cat with rucksack and rough-hewn walking stick.

Open to: All, detailed results viewable to: All. Participants: 13

It's been almost four months. Should I stop playing Neko Atsume?

Yes. You have a giant stockpile of gold fish & nothing to spend it on except expensive food, and you have a stockpile of that as well.
0(0.0%)
No. PLAY FOREVER or at least as long as the kitties give you joy.
13(100.0%)
Collapse