[Humuhumu asleep in the big bed.]

Humuhumu has three modes of expressing when things have happened: "yesterday", "now" and "later". I particularly love that anything that happened in the past that she can remember was "yesterday". If it was three weeks ago that we ate the chocolate ice cream after dinner, or two months ago that we had her friends over for her birthday and they ran around the garden screaming, she refers to that as "yesterday", and seems to take as much pleasure in the reminiscence as if it really had been yesterday.

She loves being the little spoon when she's going to sleep. She doesn't mind being transferred to her own nest in her room later, but she almost always wants to go to sleep with one of us cuddling her in the big bed. Just before she falls asleep, she flips over, puts her arms around our necks, heaves a deep sigh and lies still for all of four seconds before twisting back into little-spoon position and passing out. It has got to be one of the sweetest things I've ever experienced.

She carries on being wonderfully perceptive. One morning I apologised for speaking sharply to her for no reason and explained, "Mummy sometimes gets grumpy when she hasn't had anything to eat yet." A few mornings later, she noticed me getting stressed while I was preparing breakfast. She got a dried apricot out of a tupperware container and brought it to me. Holding it up, she said, "Mummy, you need to eat this," in exactly the tone of voice we use with her when we're being no-nonsense.

I don't think anyone will be surprised to hear that it was "cat". Nor that he has now said it about fifty times and with great enthusiasm every time Telstar enters the room. "Cat! Cat! Cat! CAT!" The fervour and the adoration in his voice is, I'm afraid, entirely lost on the object of his affections.

This entry was originally posted at http://nanila.dreamwidth.org/1000512.html. The titration count is at 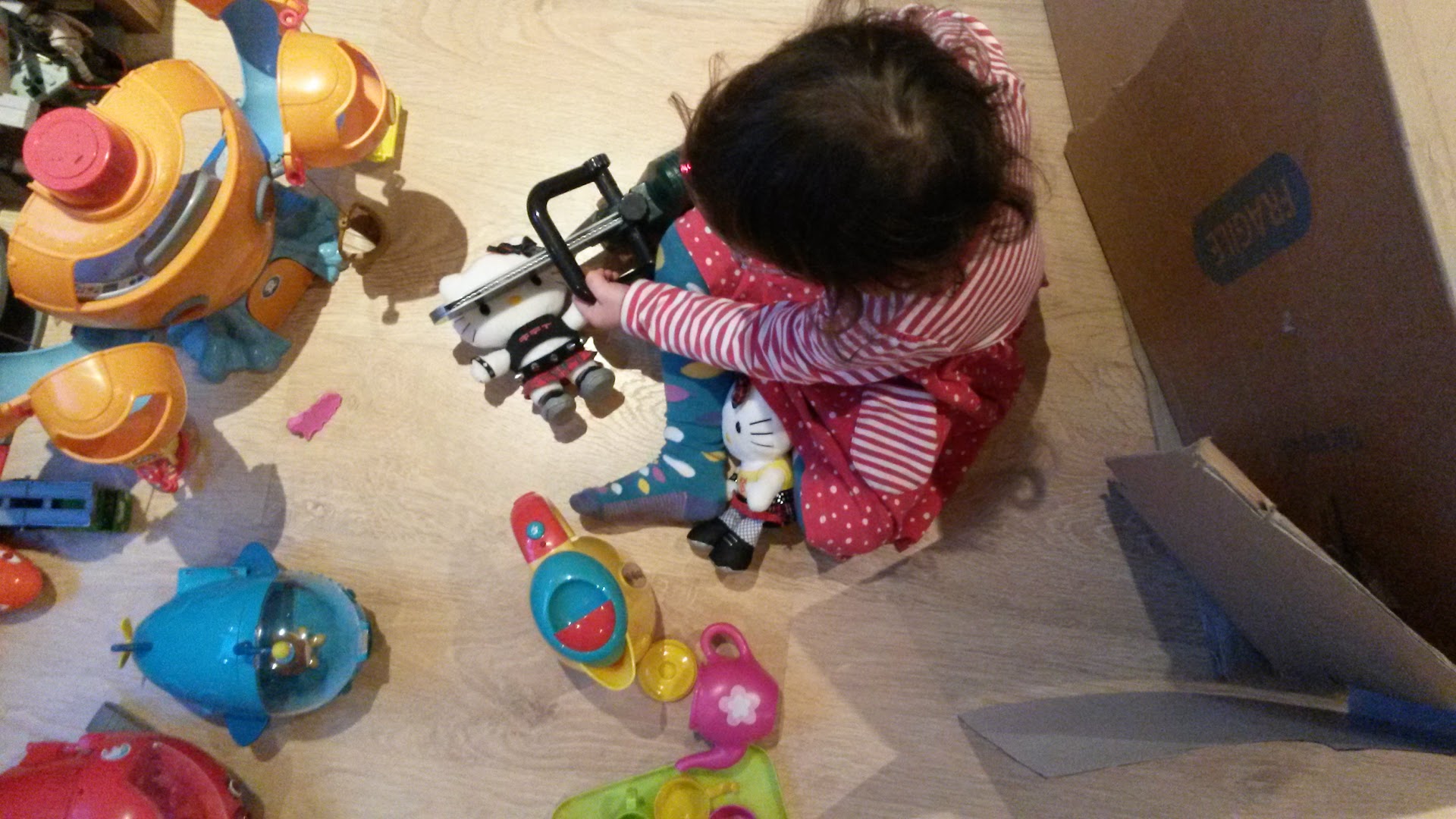 This wasn't on the request list, but I just backed up all my phone photos and found this and it needed to be shared. I present to you: Humuhumu's solution to the problem of a headache. Never mind that the teapot was also an option. Nope. She went straight for the chainsaw.

This entry was originally posted at http://nanila.dreamwidth.org/1000850.html. The titration count is at