Humuhumu had her first proper birthday party this weekend, on Halloween. We invited two of her friends, both of whom she's known pretty much from birth and both of whom have little brothers who are about Keiki's age. We also invited another friend who just turned one.

We went as full-on as we could manage with the decorations, with Halloween streamers and table decorations and cupcakes. We planned lots of activities, most of which turned out to be unnecessary once the first packet of Haribo was breached. Fortunately the weather was good enough for everyone to play outside, where "playing" for the three year olds mostly meant running around in circles screaming incoherently with joy. 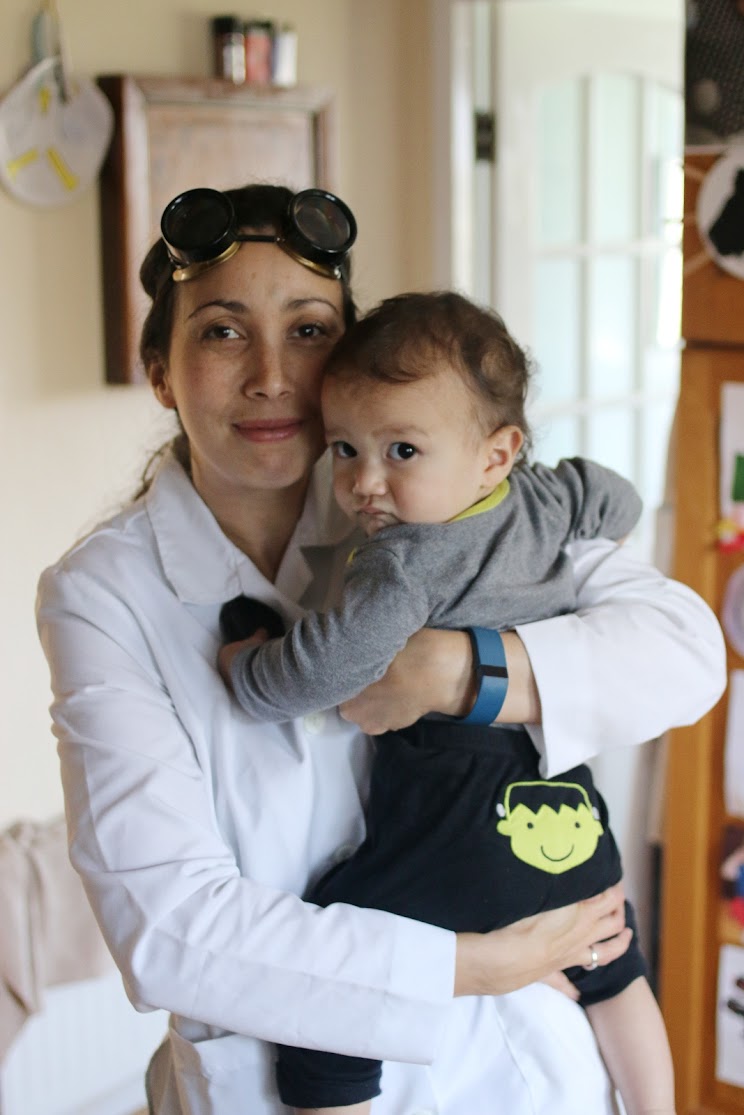 Frankenstein's monster and his creatrix.

In conclusion, children's parties are exhausting to prepare, but a lot of fun to run, mostly because of the pure, unconcealed delight taken in the proceedings by the participants.

This entry was originally posted at http://nanila.dreamwidth.org/995489.html. The titration count is at