(These aren't appearing in chronological order. My apologies. They're appearing as I catch up with curating, editing and uploading photos and writing the associated words!)

Not long before the Shauns left London, Keiki and I stole a day during the very short gap between our trips to Turkey and Washington DC in May to take a final shot at bagging all the sculptures. We’d nabbed 16 on our first go and done the hardest of the four trails, so I thought we had a fair chance of doing at least two more. As it turned out, we managed exactly two trails and 17 more Shauns before my feet and shoulders called time on the adventure. I reckon we could have gotten halfway through the third trail before we had to get our train back to Birmingham, but I would’ve been crying by the time we got home. It’s not so bad carrying a baby, a rucksack full of baby stuff and a dSLR for a couple of hours, but when you’re spending the whole day on your feet, it can get to be a bit much.

We popped out of Oxford Street tube station around 11 AM and immediately set about our first task: Shaun’s Trail, involving 11 Shauns. 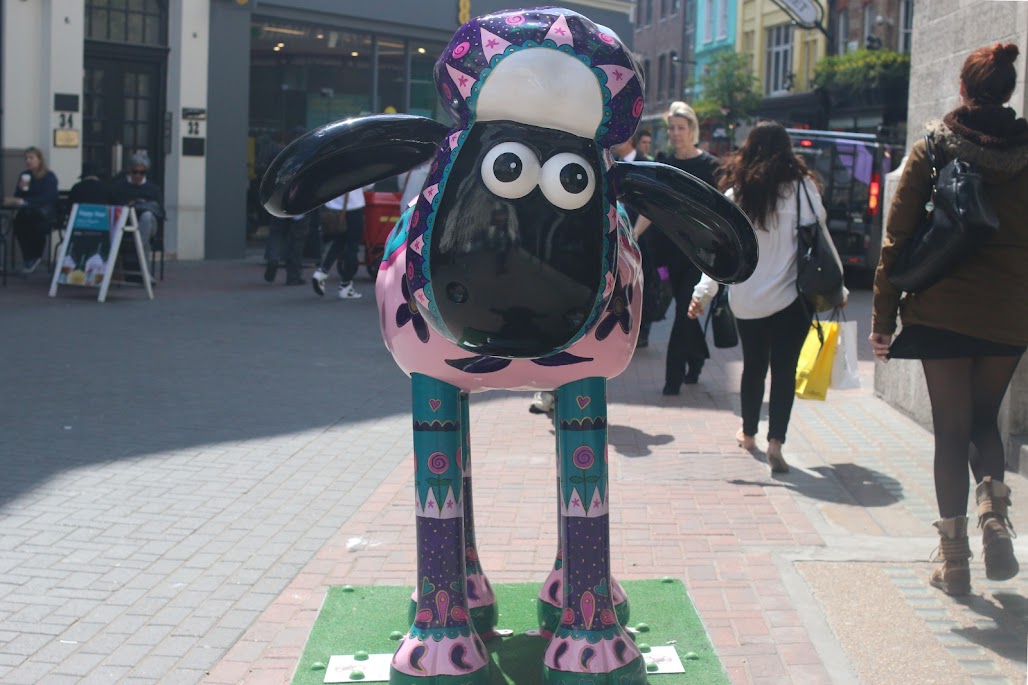 Since I was still feeling pretty strong and Keiki had had a nap and a feed during the first trail, we headed back up toward Covent Garden and launched directly into Timmy’s Trail, which involved 7 Shauns. 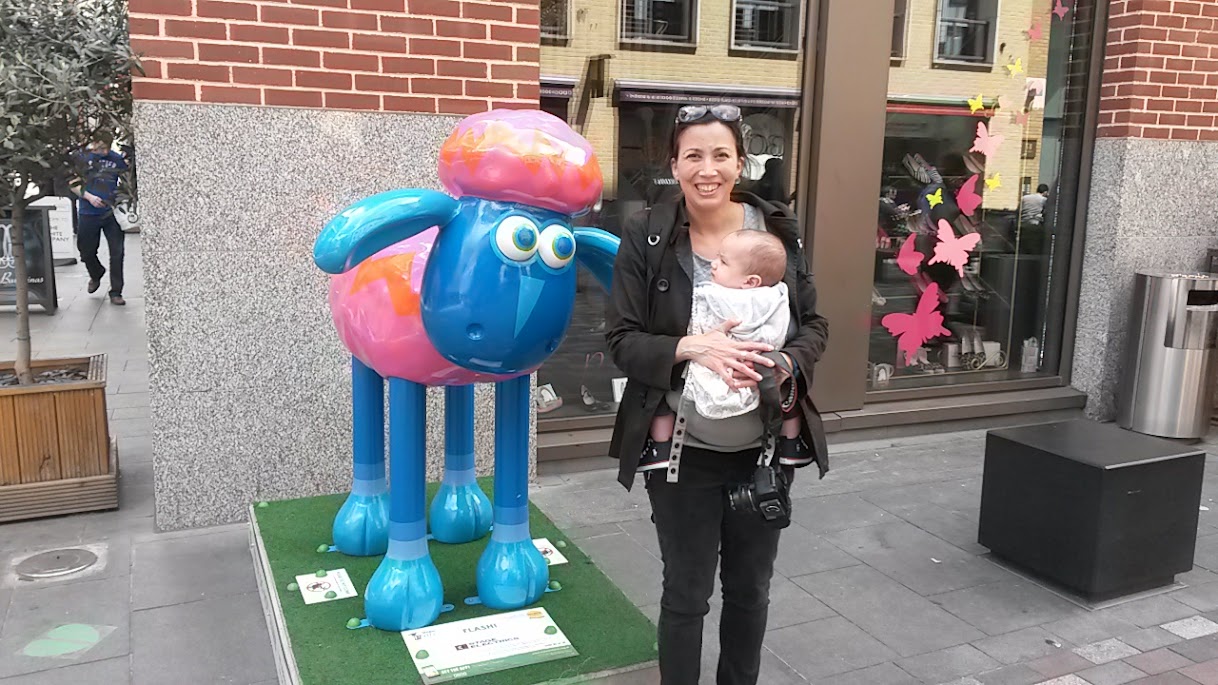 Me, Keiki and Flash! Photo by some nice French tourists.

I began walking toward Temple station with the intention of doing a bit of the trail in the City before heading back to Euston, but once I arrived at Temple and sat down to await a train, I realised I was not up for it and would be better off returning to Euston, having a coffee and a bit of cake and then boarding the train home. So I did, regretfully abandoning the London hunt at 34 out of 50 Shauns. Still, I think we didn’t do too badly!

This entry was originally posted at http://nanila.dreamwidth.org/982420.html. The titration count is at