(I posted this entry to

flaneurs as part of the Three Weeks for Dreamwidth fest earlier this year. Keiki and I managed to bag 34 out of the 50 London Shauns. As I've now been to Bristol for my first Shaun-hunting expedition of the sculpture exhibition there, which runs until 31 August, I thought I'd better start playing catch-up with my entries!)

Keiki and I went to London in May to hunt sheep on the Shaun in the City sculpture trails. We bagged the two farthest-flung sheep in Canary Wharf and then headed back in to London Bridge to complete the longest of the four trails. 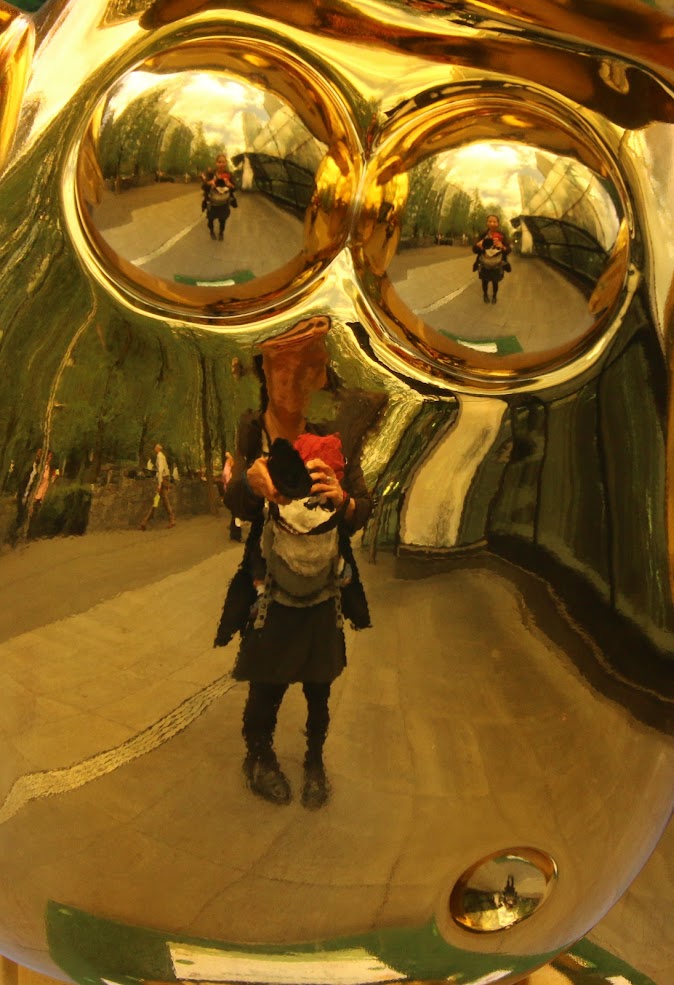 Keiki and me reflected in the face of Shaun the Golden Fleece in Canary Wharf.

We ended up completing three of the four London trails by dint of doing two in one day. Sadly that was just before the London portion of the exhibition ended, as we were out of the country for substantial chunks of May. There are 70 Shauns in the Bristol exhibition and thus far we've found 10. I'm hoping we can go down for a weekend next month and do more than one trail at a go!

This entry was originally posted at http://nanila.dreamwidth.org/981242.html. The titration count is at

My phone photos are automatically backed up to Google+, although I have the default setting as private because I cannot imagine anyone, even my nearest and dearest, wants to see the quantity of photos I take on a daily basis before I filter them. I only ever post less than a twentieth of what I shoot with my dSLR. With phone photos, I'm even more ruthless.

Now and then, I scan through the backups and find that I missed something.

Like Humuhumu at Latitude Festival last Saturday, sitting on a carousel horsie, wearing sunglasses and a perfect Mona Lisa smile. MY HEART

This entry was originally posted at http://nanila.dreamwidth.org/981663.html. The titration count is at