I finally got a few pictures of Keiki in Big Purple, getting ready for a walk. He was practising his "Haaa haaoo" noises during the photo shoot, which led to pulling some interesting faces. 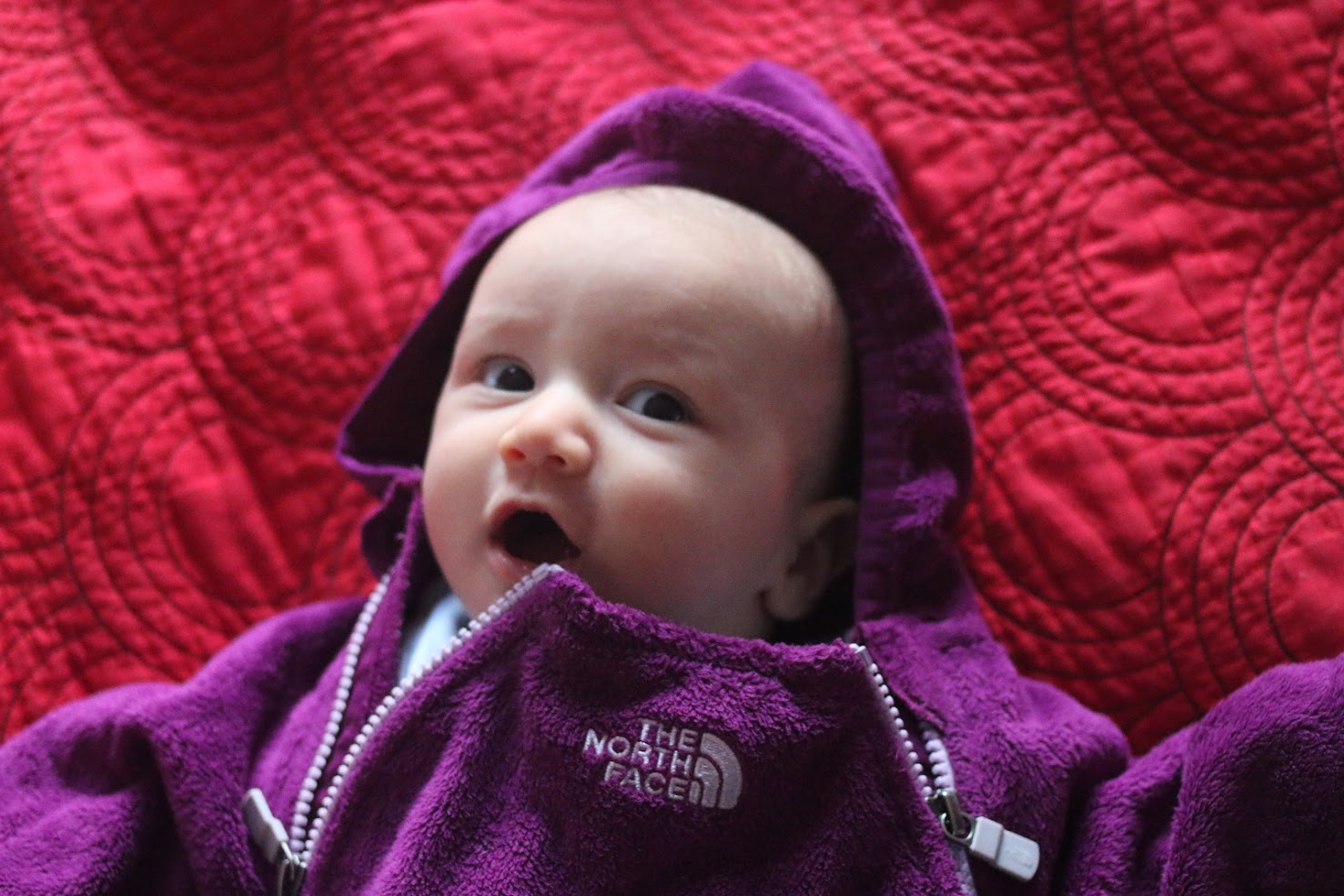 Humuhumu is presently obsessed with the set of five Meg & Mog books that sister-out-law gave her for Christmas. I think they're from the seventies; both the bloke and sister-out-law remember them vividly from childhood. Meg is a witch, of the spellcasting-pointy-black-hat-and-cauldron archetype. Mog is her black and white striped cat. The illustrations are colourful and the story lines are quite sparse and more than a bit absurd. I have them memorised now as we frequently have to read all five at bedtime.

( Collapse )
Photo: Keiki on Humuhumu on Daddy, reading Meg's Eggs, in which Meg magics up three big eggs for supper, but the shells can't be broken. In the night, the eggs hatch into dinosaurs, two of which are plant-eaters (Diplodocus and Stegosaurus). The third is a T. rex who wants to eat them all. Meg makes another spell and the dinosaurs are miniaturised to a non-threatening size. The End.

This one is second only to Meg's Veg in Humuhumu's view. Meg's Veg is her favourite because there is a page on which Meg fetches the muck for her garden. Which, of course, means we all get to shout, "POO!"

This entry was originally posted at http://nanila.dreamwidth.org/967794.html. The titration count is at