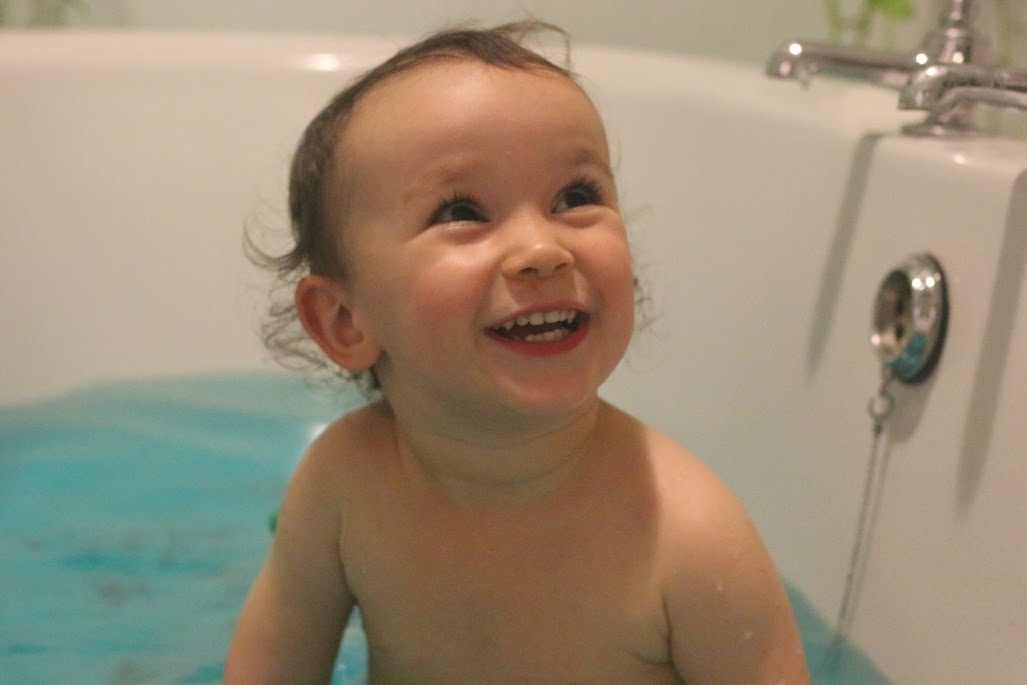 [Image of a grinning Humuhumu in a bright blue bath.]

It's been eight days since Keiki was born and I was finally able to be vertical with the toddler and the bloke during the day while he was asleep, instead of either lying down in bed or flailing uselessly at them from the sofa. \o/ We spent the late morning baking vanilla cookies and Christmas muffins from the Nigella cookbook one of my sisters-out-law gifted to me. The cookies await further decoration, but only six muffins have survived predation by ravenous toddler and breastfeeeding mummy. I do not expect them to survive beyond tomorrow.

Humuhumu received some Lush bath bombs as presents. Normally she doesn't get to have any products in her bath because she has very sensitive skin, so we just wash her with plain water and Cetraben (hypoallergenic unscented lotion). We decided to try the bath bomb out anyway, since it's a rare treat. It was a big hit.

Then Keiki had his first bath. We had braced ourselves for seagull shrieks, but he was pretty sanguine throughout.

And finally, apropos of nothing, the bloke being clambered over by his brood. 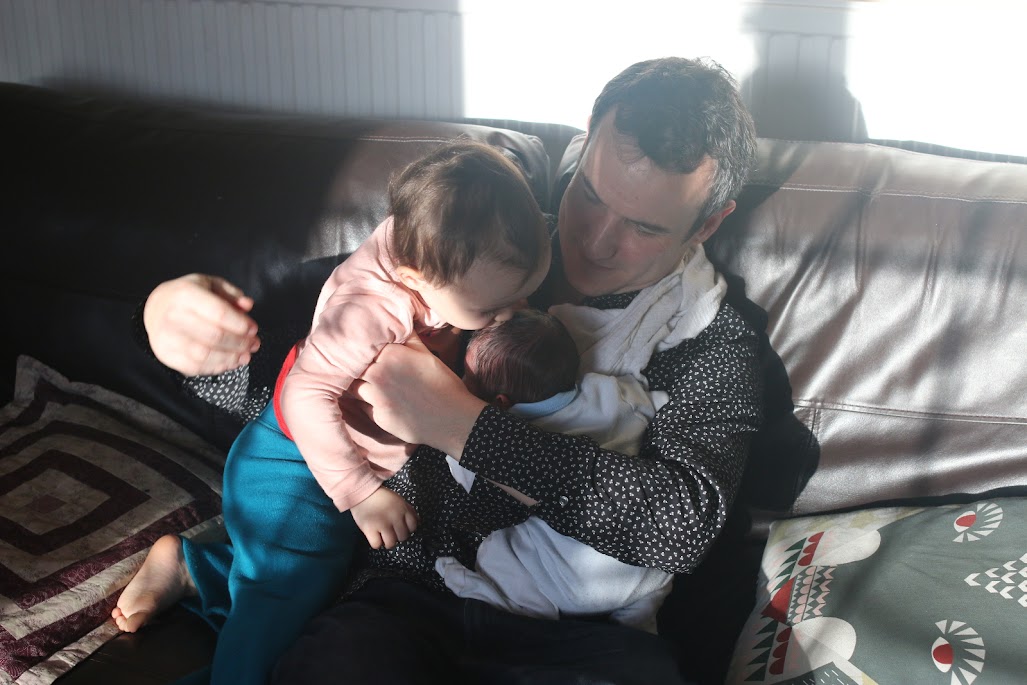 This entry was originally posted at http://nanila.dreamwidth.org/957158.html. The titration count is at