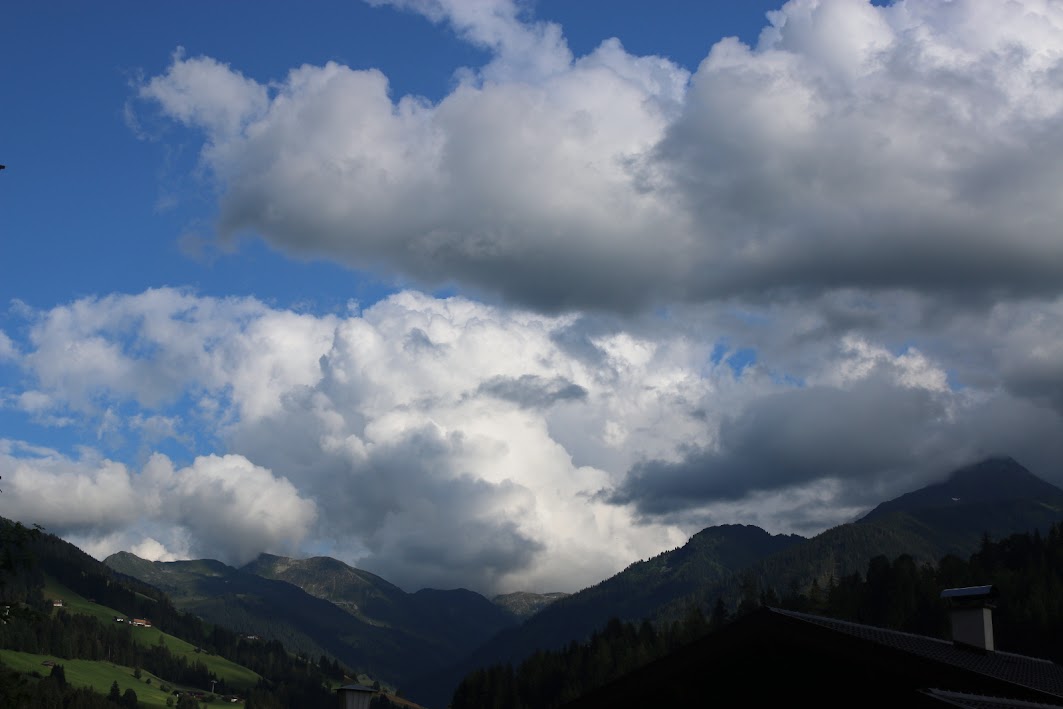 [Oh, you know, just some Alps in the background.]

The official opening of the 38th Austrian Space Summer School began with the ringing of an enormous cowbell at the Schoolhouse at 8:30 AM. The clanging was followed by a number of lectures, beginning with a broad overview by the head of the German space agency (DLR) and proceeding with ever-increasing specificity through a range of geophysical topics. It ended with the students finally being taken off tenterhooks when the composition of their four teams were announced and their dedicated tutors (one Science, one Engineering) assigned.

We trekked up the hill back to the hotel for drinks and dinner, which were followed by yet another lecture. Despite the deluge of information, the students are still all keyed up. Everyone of the teams is downstairs in the hotel bar (it is now 11 PM), forming working groups and discussing potential mission parameters.

Official language of the School: B.E. (Broken English)
Best lecture of the day: "Terrestrial and planetary tectonics". And I'm not just saying that because he talked about Hawai'i a lot.
Best interruption of the day: A mobile phone ringing persistently. This doesn't sound that great until you know that it turned out to be the speaker's. The director of planetary science at the DLR had to answer call from ESA in the middle of his own lecture.
(Probable) Fact of the Day: Erwin Schrödinger is buried in the graveyard of this village. I shall at some point make a little trip to his grave, so that I can collapse the wave function of my knowledge of its existence through observation of it myself.
Quote of the Day: "In space missions, it is not that failure is not an option. Failure is the default mode. You have to work extremely hard not to fail." -- spacecraft engineer

I'm in my hotel room now with my feet up, exercising the principle of Conservation of Spoons, because I know that my expertise, while not immediately required, will certainly be in demand well before the end of the next nine days.

This entry was originally posted at http://nanila.dreamwidth.org/934043.html. The titration count is at