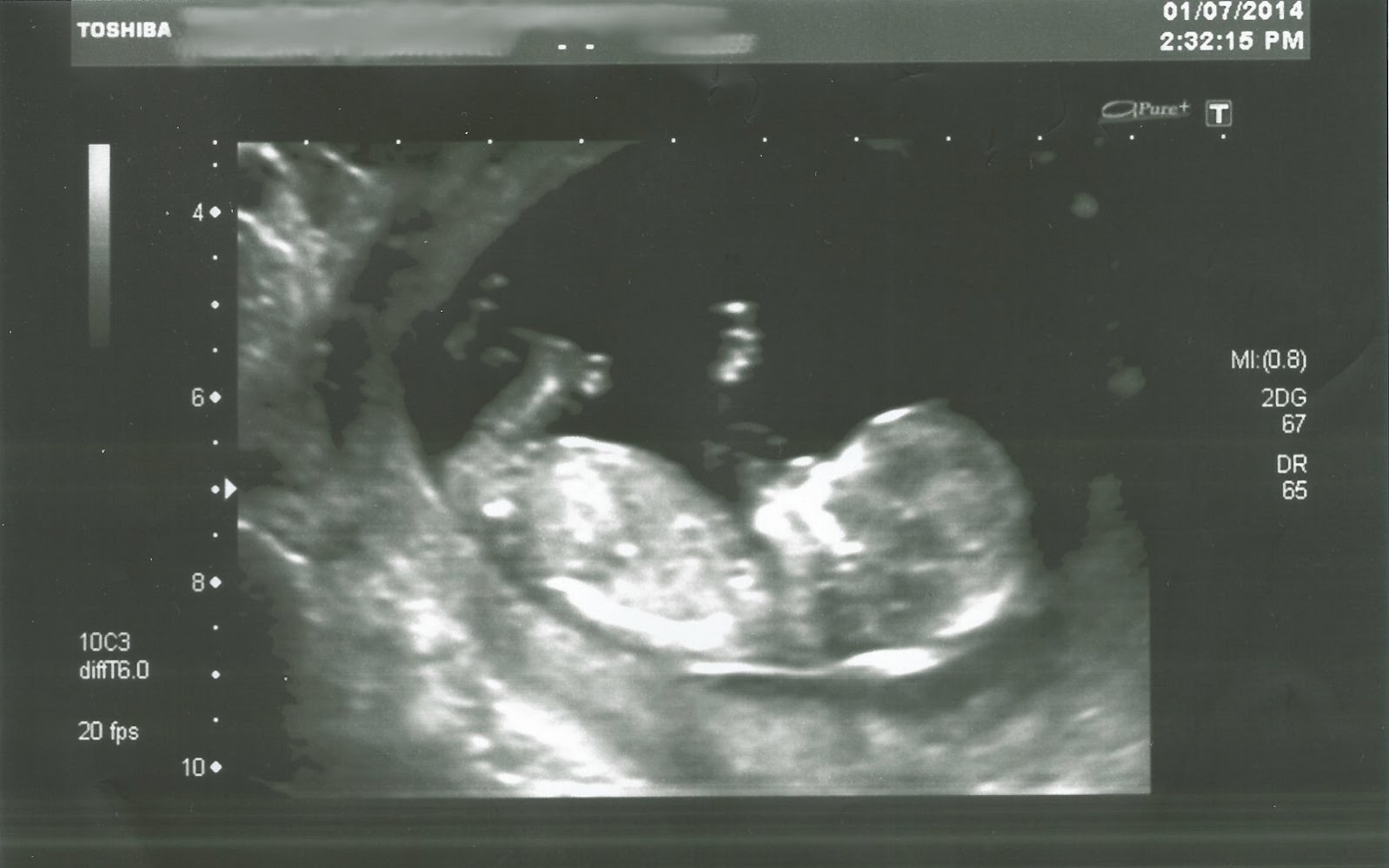 So I'm finally allowed to post publicly about this. The bloke asked for a week's grace after the scan so he could have the fun of telling some people, because he's not big on the online social networking thing and last time he was sad because lots of people found out through FB before he had a chance to tell them. Which is fair enough.

Now he's had his week, so muahahaha I get to share online! Which is good because for the past few weeks every time I've gone to type an entry, all that's come out is BABY BABY BABY I'm cooking up another baby, gosh this is an exhausting thing to be doing while working full-time, all I want to do is lie down and concentrate on growing this new human but nooo, SCIENCE waits for no one and did I mention BABY?!! And then I've had to erase it and all that back-spacing is tiring so nothing has come out at all. Sorry about that.

Anyway *points up* that's the 13-week scan photo. If you're looking at it going, er, is that a Rorschach blot test, I don't blame you. If you squint real hard you can see the head on the right, and a little fist waving in the air above the tummy in the middle, and crossed feet over on the left. The little devil was quite wriggly, unlike placid Humuhumu, and it took ages for the sonographer to take the nuchal fold measurement (part of the Down's syndrome screening; appears to be well inside normal range).

This entry was originally posted at http://nanila.dreamwidth.org/933002.html. The titration count is at