The bloke wanted to spend his birthday weekend in a tiny rural cottage near a canal.

I imagine that your brows have knitted themselves. “But

nanila,” you’re thinking. “You live in a tiny rural cottage near a canal.” However, our cottage is only 18th century, not 15th. And it isn’t built over a sacred well dedicated to the Welsh princess St Winifred. Also, it has a television and internet connection.

Your frown has deepened. “But

nanila,” you’re thinking. “Why don’t you turn off the television and internet, light the fire and pretend you’re sitting over a sacred well?”

Yes, well, anyway. We went to this lovely spot in Shropshire to celebrate the bloke’s thirtymumbleth birthday. In the fifth century, Welsh princess Winifred dedicated her life to the church. A prince came along and wanted to marry her. He was quite persistent, forcing her to flee her sanctuary. The prince caught up with her and being unaccustomed to having his wishes denied, he cut off her head. (I wonder why she wouldn’t marry him.) Fortunately, her uncle was at hand and placed her severed head on her body, which miraculously restored her life. The legend says that a wellspring emerged from the spot where her blood had drenched the ground. This well is in Flintshire, Wales, with a grander stone structure built over it.

No one is quite sure how the well in Woolston, Shropshire came to be associated with St Winifred, but it has certainly been a holy place for Christian pilgrims to bathe in and drink of the restorative waters for quite a long time. The original single-room timber-frame cottage has been beautifully restored and stands directly over the well, a rather unusual arrangement. The restoration preserved as many of the original beams as possible and the join work between the old and the new wood adds character rather than detracting from it. 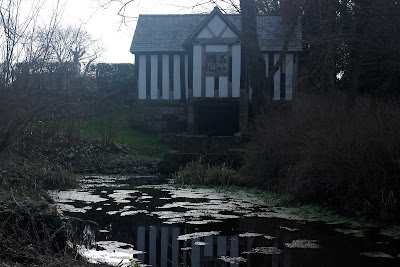 The back of the house, showing the stepped stone baths leading from the well. (The bloke took a dip in the water. I didn’t.) 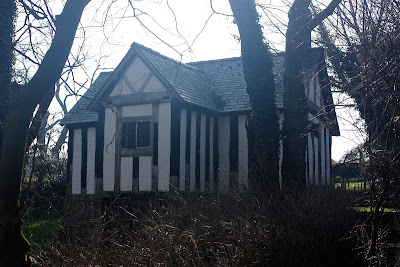 A closer view of the house, showing the original dark timbers and the newer, lighter wood. 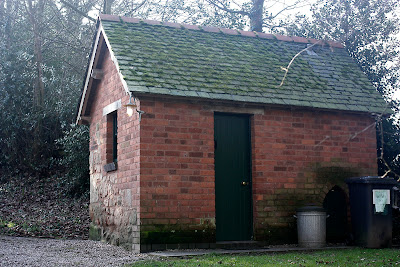 The bathroom, formerly the pigsty. It was lovely to wallow in (sorry, sorry), but also a scary to visit at night. The rural location means it’s pitch-black once the sun goes down. It makes for good star- and moon-gazing, but causes some anxiety when fumbling along a cobblestone path after a couple of glasses of wine. 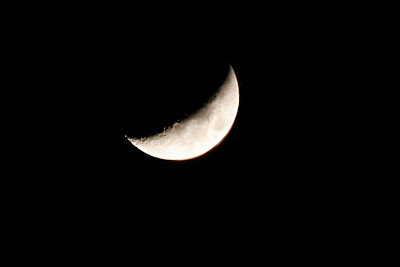 The interior of the house has been furnished harmoniously, with plain dark wood pieces in keeping with the rustic feeling. 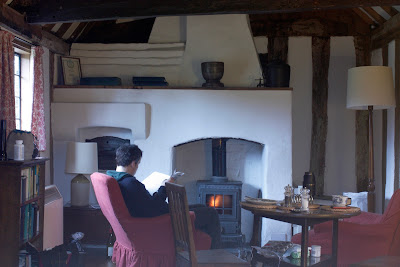 These photos depicts the way the majority of our time was spent: sitting in the faded red armchairs, reading by the fire... 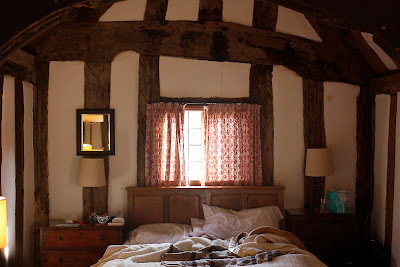 ...or napping in the comfortable bed. (Humuhumu’s paw and head can be seen peeping above the covers.)

We did venture outside for purposes other than visits to the pigsty, such as a visit to Chirk Castle. (I took my Holga so there won’t be any photos until I get the film developed.) The best trip was the walk along the disused Montgomery Canal.

Great fun was also had perusing the three volume Visitors Log. The Landmark Trust has been running the cottage as a holiday home since 1991, and making an memorable entry has clearly become a goal for all those who come to stay there, probably in part because there isn’t much else to do. I read all three volumes. It deserves its own entry, which it shall get in Part 2.
Collapse