I appreciate that operating smoothly out of Birmingham New Street with its 24+ platforms that it tries to pretend are only 12 by calling them a, b and even occasionally c, is a farcical aspiration. But my journey home last night passed beyond farcical and into the realms of "episode of Benny Hill".

I arrived at the station to find the 19:49 to Worcester Shrub Hill had been delayed. The departure board indicated nothing about when it might be expected. I waited several minutes and the following announcement was made.

"The delayed 19:49 to Worcester Shrub Hill will be arriving on Platform 12b in five minutes."

I joined the mad stampede to Platform 12b, which was already packed with people expecting the 20:12 to Plymouth that was actually displayed. Five minutes later came another announcement.

"The train now arriving at Platform 9b is the delayed 19:49 to Worcester Shrub Hill."

Cue a second stampede. The train arrived. The doors did not open and the train remained dark.

Five minutes later, a train arrived on Platform 9a and an announcement was made.

"This announcement is for the London Midlands train crew. The delayed 19:49 to Worcester Shrub Hill will now depart from Platform 9a."

The third stampede was decidedly less enthusiastic than the first and second, although this time we were allowed on the train. Just as everyone had gotten comfortable, a Network Rail employee, who looked as if he were ready to bolt at the first sign of commuter rage, poked his head through the doors and spoke to us.

The fourth stampede oozed back to the train on Platform 9b, where the doors had finally been released. We hovered nervously in our seats until the driver put us out of our misery.

"This is definitely, 100% for sure, the 19:49 to Worcester Shrub Hill and we are now leaving Birmingham New Street."

Although my brain was mightily amused by this chain of events, my eight-months-pregnant body was definitely not thrilled. Since the train departed at 20:23 rather than 19:49 as advertised, I would be grateful for some expression of apology for being forced to participate as an extra in what I can only assume was your attempt at alternative theatre. The additional entertainment for the price of an Anytime Day Single may have been well meant, but next time, I suggest that you opt for complimentary cups of tea and biscuits.

Today is my birthday. I'm celebrating it by working, reading (Alastair Reynolds from sister-out-law!) and indulging in sun-worship in the conservatory with Telstar. I have drunk several cups of tea and hot chocolate and am generally feeling content. I think this may mean that I'm old now. 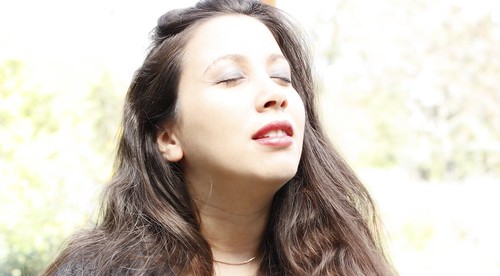