Today began auspiciously, with pleasant chat to train buddies and a serendipitous shot of one of them peering out at the Royston commuters. 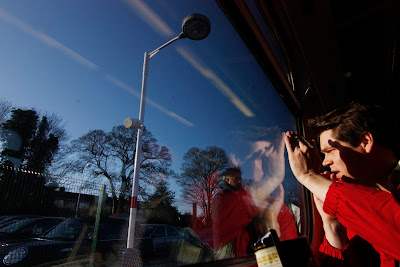 Then I went to the Royal Astronomical Society to attend a workshop about a proposed L-class mission to Jupiter. This is what the library looks like from the balcony level (which is accessed via a spiral staircase). 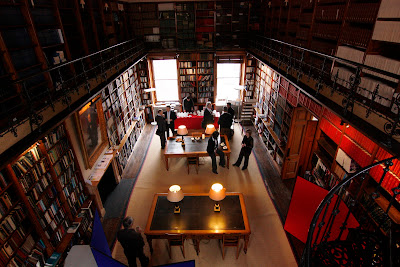 After the workshop, a colleague and I walked through Burlington Arcade in search of beer and stumbled upon some of the 209 Faberge eggs that are scattered around central London. 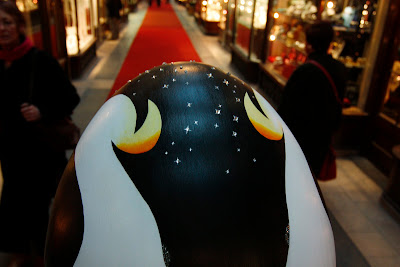 Those of you who remember my quest to find all 258 elephant statues during the London Elephant Parade (click here to see my Flickr set) can imagine the effect this discovery had on me. I am a complete sucker for a treasure hunt. This one doesn't appeal quite as much because let's face it, eggs are harder to anthropomorphize than elephants. But I still can't resist it, so I will be hunting them down. It should be easier than the elephant treasure hunt as the furthest they're located from central London is Canary Wharf. Not like the previous hunt, where you had to travel to Heathrow Terminal 5 for the sake of a single elephant.

If you're in London and you want to find some eggs yourself, you can download PDFs of egg locations here: The Big Egg Hunt.
Collapse