Kensal Green Cemetery is the oldest and definitely the best kept of the Magnificent Seven. It makes photographing grave markers easier, but there's less of the haunting otherworldly atmosphere of the rest. You don't feel isolated from the city because there's no overgrowth to shield it from the sights and sounds of the surrounding area. Oddly, though, I didn't see another person aside from the rather morose chap in the tiny guard hut at the entrance while I was there. Most of the Magnificent Seven seem to be treated by the locals as parks, but this one feels more formal, possibly because it's still heavily used as a burial ground. 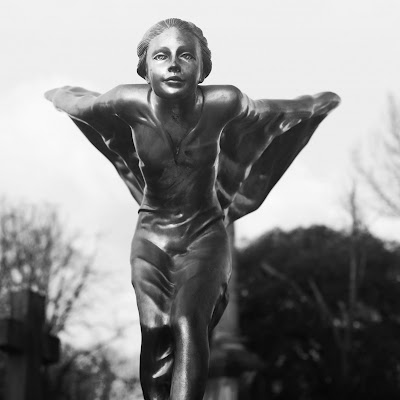