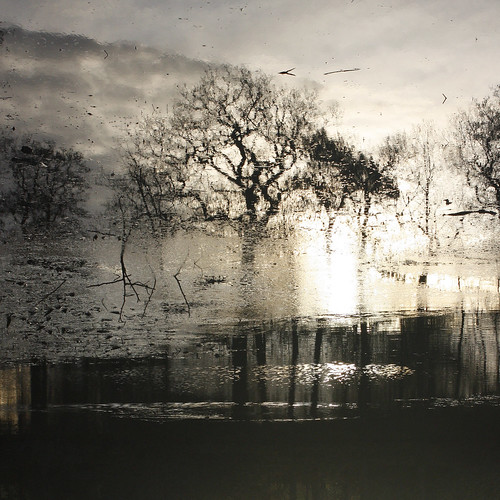 The bloke & I went to the Lickey Hills (oh, English place names. I never grow tired of you.) just south of Birmingham this weekend. Naturally, I managed to find a cemetery during the course of our walk.

I've become accustomed to being mistaken for famous people occasionally. When I was a postgraduate, the chaps in the machine shop called me Dark Angel, after Jessica Alba in said television show. Since I moved to England, however, it's been all about a certain singer and pianist with approximately the same ethnic background. A few weeks ago, I was on a train home from Wolverhampton when the following exchange occurred.

Me: *snuggles down in seat, is almost asleep*
Chap: *shakes my shoulder*
Me: Whahuh?!
Chap: Do you sing?
Me: *blinks owlishly in total lack of comprehension*
Chap: Are you a singer?
Me: No, no I'm not.
Chap: You are. You're a singer.
Me: What?
Chap: Your dad was Filipino.
Me: How...how could you possibly know that?
Chap: Because you're Myleene Klass.
Me: *groans* No, I was trying to sleep.
Chap: I'm sorry. Would you like some crisps? Or a banana?
Me: No, thank you.
Chap: *gets up, starts to walk away* I'll be back for an autograph later.

Last week, I was walking down the street in Chelsea and I passed a pub full of very posh, very pissed young people. I was about twenty feet beyond the entrance when I heard a man roar, "Did you see who just went by?"

I picked up the pace. "Myleene!" he called. "MYLEENE!" (Side note: Does screaming at celebrities ever cause them to turn round and have a conversation with you?)

Last night, the bloke & I spent some time exploring Birmingham. Naturally, this included "exploring" the inside of a few pubs. In the first one, we were conversing quietly in a corner when I felt the effect of several pairs of eyes burning into the side of my face. I turned and saw a group of men in their thirties, and suddenly I knew. I didn't need to lip-read to be certain that they were having the Myleene Klass conversation, but I did anyway. They were.

In the last pub, another chap leaned over and said, "You're a dead ringer for that woman off the telly in those adverts. You know who I mean?"

I did, but I pretended I didn't. He struggled for a moment and then shouted, "Myleene Klass!"

The bloke returned with a couple of pints. The chap said, "Your lady here looks just like Myleene Klass."

I gave him a warning glare. He sat down. The chap smiled and went back to his conversation. Several minutes passed.

"That man keeps looking over here," said the bloke, highly amused. "He's still not sure you aren't actually Myleene Klass."

"We are so leaving after this drink," I replied.
Collapse