I attended the Women in Aviation and Aerospace conference at the Royal Aeronautical Society a couple of weeks ago and I finally had a chance to type up my notes. It proved to be an inspiring experience. I met some fantastic people - helicopter pilots, aircraft designers and engineers, young and old - and all women.

Update 07/11/2011: Web site for the event, with some presentations available.

From Clare Walker’s introduction: “This is one of the few occasions when there aren’t enough women’s toilets available at the [Royal Aeronautical] Society.”

Lee Balthazor: For the first time, three of the four key lectures at the RAeS will be delivered by women this year. Currently aviation and aerospace careers average around 9% women. This is pretty sad. The aim is to get to 25% by 2015, and the eventual hope is that one day conferences like this will not be necessary because parity will be achieved.

I’m not holding my breath.

The keynote speaker was Professor Dame Ann Dowling, Chair of Engineering at the University of Cambridge - the first woman ever to hold this position. She was absolutely inspiring. She’s the sort of person you’d expect to have green lasers shooting out the top of her head or be physically imposing or have a loud, strident voice. Instead, she’s the kind of lady you’d expect to see placidly knitting on the train or absorbed in a book. She seemed comfortable in her own skin. In my experience, this is an uncommon thing for an ambitious high-achiever to be. Her talk was pitched at exactly the right level for an audience with technical backgrounds in diverse areas.

Her topic, the design and development of a silent, environmentally friendly passenger aircraft, was both timely and relevant. Although aviation currently accounts for only 2% of global CO2 emissions, the sector is growing, so it can’t afford to be complacent. ( Collapse )

Four talks took up the rest of the morning. The first was given by Gail Hewlett, granddaughter of Hilda “Billy” Hewlett. Gail Hewlett wrote a biography of Hilda, the first female pilot, entitled Old Bird. ( Collapse )

Emily Teesdale, a patent attorney with a background in aerospace engineering, gave the second talk. ( Collapse )

The third talk, Innovation in Aerospace, was given by Ruth Mallory. I’d tell you what she did and who she worked for, but I honestly wan’t all that clear about it. ( Collapse )

The final short address was given by Brenda Horsfield, formerly the second Chair of the British Women Pilots’ Association (WPA). ( Collapse )

We then broke for lunch and networking, after which there were three seminars we could choose to attend on different topics. I’ve posted my notes from the one I attended elsewhere, and as they were quite interest-specific, I don’t think I need to mention any more about them. We reconvened at 3:30 PM for the last talk of the day, To Mars!, given by astronomer and spacecraft instrument designer Dr Helen Walker from the Rutherford Appleton Laboratory. ( Collapse )

Today is Black Cat Awareness Day. As a mixed-colour kitteh, Telstar encourages you to be kind to black cats and tuxies alike. 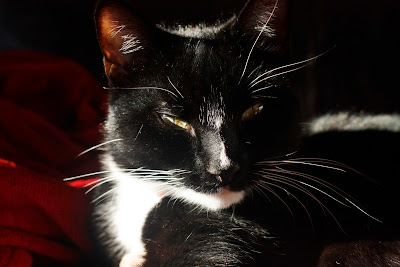