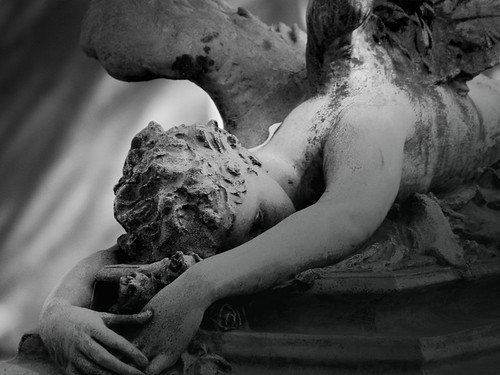 Groups of teenagers put me on edge. It doesn't matter how they're dressed or whether they're male or female. They exude so much nervous energy and hyperawareness of their surroundings that it pushes me from self-conscious to paranoid and I want to get away from them as quickly as possible. (I had this feeling when I was a teenager. It was worse then.) I walked past six or seven of them lounging on their bikes yesterday. They watched me pass with my camera. One of them said "Cheese" to get my attention. I smiled at him as his friends punched him playfully and felt bad about having been afraid.
Collapse